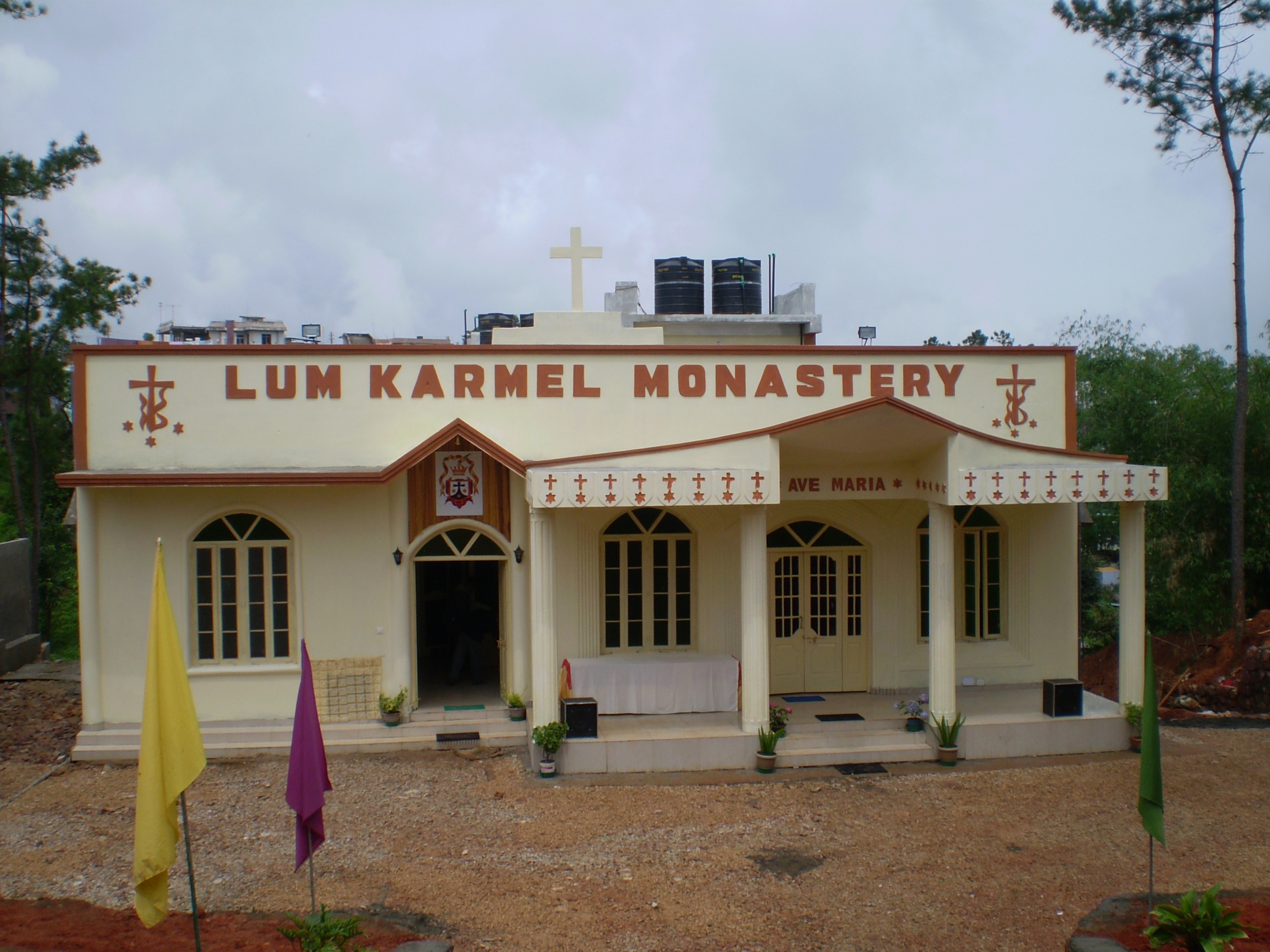 By the beginning of the 20th century, Salesian missionaries started their mission work in the Northeastern region of India. The Tribals of this land responded enthusiastically to the Gospel with the result that we have abundance Christians in North-East India. With the view of establishing a Christian culture and further spread of the Gospel many of the dioceses encouraged new foundations. The Carmelite presence was wholeheartedly encouraged and welcomed by His Grace Archbishop Dominic Jala in his diocese, thus in 2002, the then Provincial Rev. Fr. Bernardine M. Louis OCD sent the students of theology to Sacred Heart College run by the Salesians, with the hope of eventually starting a community in Shillong. In the following year Rev. Fr. Bernardine M. Louis OCD bought a plot of land near the NEHU (University). The foundation stone for the new house was laid by His Grace Most Rev. Dominic Jala, the Archbishop of Shillong, on 19th of March 2007. On the same occasion a small temporary house nearby the site was blessed and Fr Shibu and Fr. Prathas started residing over there for the purpose of looking after the construction works. The new Theology College building LumKarmel Monastery was blessed and inaugurated on in 2008. Now we have 10 Theology Students under formation and they are frequenting the classes at Oriens Regional Seminary for theology.

Some sixteen kilometers away from Shillong, near the famous river – Bara Pani lays Nongsder, a place sought after by nature lovers. The land is precious for many reasons; here is the centre of Indian Space Service of Meghalaya, the ICAR (Indian Council for Agricultural Research), the Bara Pani Dam, MSEB, etc. It was on 2nd March 2006 Fr. Wilfred bought some ten acres of land here with the view of starting a Prayer Centre and Novitiate House for the West Bengal and Northeastern region. A building was already constructed in the land in view of some spiritual programmes for the people of God.