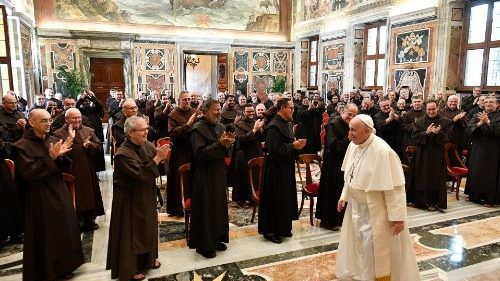 Pope Francis on Saturday met members of the 92nd General Chapter of Discalced Carmelites. He spoke to them about how to renew themselves, keeping faithful to their contemplative vocation of friendship with God.

Pope Francis on Saturday urged Discalced Carmelites to maintain harmony between friendship with God, fraternal life and mission by listening to the Spirit, discerning the signs of the times, and becoming witnesses to all. In all of these, they should not forget their contemplative vocation and charism.

The Pope made the exhortation to members of the 92nd General Chapter of Discalced Carmelites, whom he met in the Vatican on Saturday.  He encouraged them on the path of listening to the Spirit in order to discern the signs of the times and witness to the world, which the August 29 – September 19 General Chapter is discussing.

He said one needs to listen to the Spirit in order to be able to respond to the signs of the times, through which the Lord of history speaks to us and reveals Himself.  Listening and discernment, he said, are needed in view of the witness, of the mission carried out through the proclamation of the Gospel, both with words and, above all, with life.

In this current crisis of the pandemic, which has seen the collapse of so many certainties, the Pope said, the Discalced Carmelites are called to be faithful to the perennial elements of their charism. While this crisis should help us go back to the essential and not live distracted by false certainties, it is also a favourable time for the Carmelites to examine the state of health of their Order and feed the fire of their origins.

The Holy Father defied the prophets of doom who predict that the future of consecrated life is short and running out, saying these pessimistic views are destined to be disproved, because consecrated life is an integral part of the Church, just as Jesus wanted it, and the Spirit continually generates it. “Therefore, we must avoid the temptation to worry about surviving, instead of living fully by welcoming the grace of the present, even with the risks that this entails.”

Pope Francis reminded the Discalced Carmelites that theirs is essentially a contemplative life, in the spirit of the great Carmelite saints Teresa of Avila and John of the Cross, and others.

Faithful to this gift, Carmelite life, he said, is “a response to the thirst of contemporary man, who deep down is thirsting for God, thirsting for the eternal and many times does not understand it, is looking for it everywhere”.

Pope Francis urged the Carmelites to watch out against the spirit of worldliness, which is very subtle and goes unnoticed, hidden behind psychologisms, spiritualisms or false novelties.

In this regard, he recalled reading a work of renowned 20th century French Jesuit theologian, Father Henri de Lubac, who cites a Bendictine spiritual father who said that spiritual worldliness “is the worst of the evils to beset the Church; indeed, worse than that at the time of the concubine Popes”.

Pope Francis said he mention this also to the Claretians whom he met on Thursday. However, the Pope said the Vatican’s newspaper L’Osservatore Romano was frightened by the expression “concubine Popes”, which are the words of de Lubac citing the Benedictine spiritual father, and instead put: “worse than the concubine fathers”.  Pope Francis said the newspaper was obviously “shocked by the text” and “scared of the truth”, expressing his hopes that the paper would correct it.

The fire of God’s friendship

Speaking about evangelical fidelity, the Holy Father said it is not about refusing change, but making the necessary changes to meet what the Lord asks of us, here and now. Hence, fidelity requires a firm commitment to the values of the Gospel and one’s own charism and the renunciation of that which prevents one from giving the best of oneself to the Lord and to others.

The Pope thus encouraged the Discalced Carmelites on the path of friendship with God, fraternal life in community and mission. He recalled St. Teresa of Avila, according to whom friendship and communion with the Lord is not only praying but also making a prayer of life in joy. “Friendship with God matures in silence, in recollection, in listening to the Word of God; it is a fire that must be nourished and guarded day by day.”

The warmth of God’s friendship, the Pope continued, also helps us to practice fraternal life in the community.  It is not an accessory but a substantial element. Thus Carmelites are reminded of this by their very name: “Barefoot Brothers”.

Rooted in their relationship with God, the Discalced Carmelites are called to cultivate relationships with a healthy balance between being alone and being with others, against the tide of individualism and the standardization of the world.

The Pope once more reminded them that the renewal of their mission is inseparably linked to fidelity to their contemplative vocation, and they must not imitate the mission of other charisms.  Rather than being an escape from reality, he said, contemplation is an opening of the heart and life to the force that truly transforms the world, that is, God’s love. 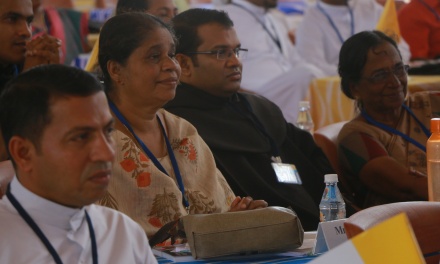 Participation of Fr. Provincial in the 34th KRLCC Gerneral assembly 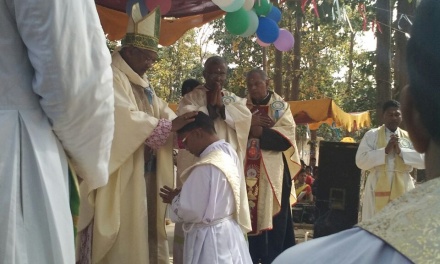 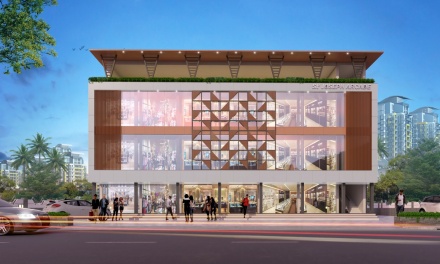 Blessing of the new shopping complex.